Santa’s Bag is Full of Surprises 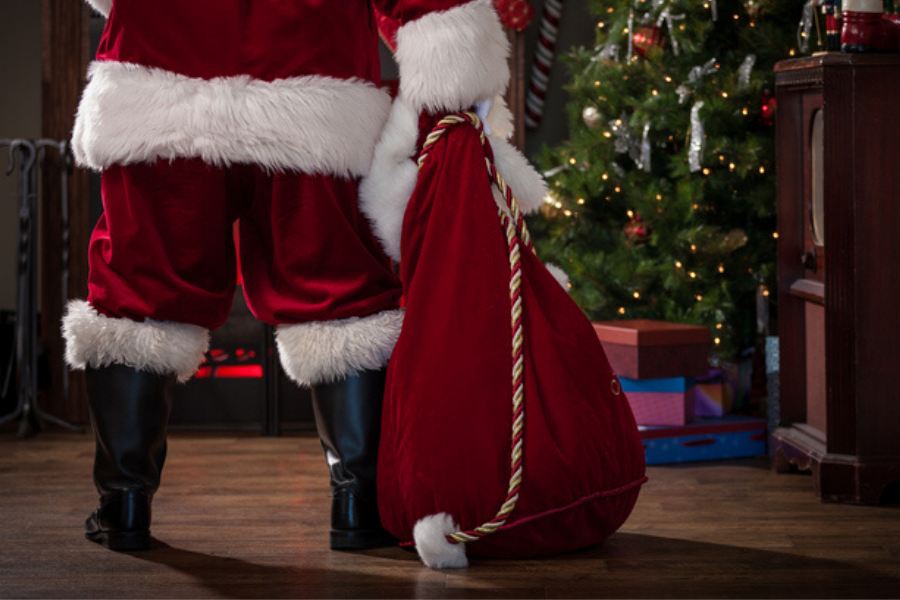 While many are busy musing over their end of the year review, I’ve decided to keep mine for early January as too many interesting events took place in the past few weeks to just gloss over. In short, we saw several back to back large patent awards, a rarity these days and hopefully a harbinger of better things to come.  Will they remain in place? We also witnessed the introduction by the US Congress of yet another patent related bill, this time called the “Inventor Rights Act”, written by and with inventors in mind. But does it go too far? And the US is inching its way back to allowing for injunctive relief for patent owners, as long as the patents are standard essential ones. These and many more short stories in this issue, our last of the year.

According to the latest sales data for the patent brokered market, courtesy of Richardson Oliver Insights, about half of the sellers in 2019 were returning to the market after having sold assets in 2018, a sign that they find value in working with intermediaries to monetize their IP assets.

Last summer, Intel put a large block (8000 families) of patents for sale, most of which were later acquired by Apple along with many more assets and people for $1 billion. It now appears that a small number (about 80 families) of these patents remained with Intel and those are now back on the market via a direct auction handled by D.C. law firm Sullivan & Cromwell. Meanwhile, Apple has formally announced that it will license the newly acquired patents under FRAN terms.

Auctions might be back in fashion after all, as South Korean LED maker Seoul Semiconductor has also decided to auction its radio frequency (RF) semiconductor patent portfolio and its high-power LED package patent portfolio. According to the company, this RF patent portfolio is the result of an investment of more than $100m in R&D by Sensor Electronic Technology Inc (SETi), which was founded in 1999 at the Rensselaer Polytechnic Institute (RPI) in New York but was acquired by Seoul Semiconductor affiliate Seoul Viosys in 2015. SETi is now focused on UV LED technologies.

UK-based Nexeon, a company engineering silicon materials for next generation lithium-ion batteries, has acquired three important sets of patents relating to the use of silicon in lithium ion battery anodes. The granted patents have global coverage and were previously owned by Litarion GmbH, and were acquired following that company’s insolvency.

Goldpeak Innovations, a South Korean NPE created to monetize former Pantech patents, is back on the transactions radar with an apparent sale to Samsung Electronics, according to IAM magazine. On its part, behemoth IBM, a regular seller of its patents, and once again the buyer is not an operating company. The privateering model endures…

As per our intro above, the courts were feeling the holiday spirit lately and delivered a few significant awards, starting with pharmaceutical giant Bristol-Myers who won a $752 million jury award in a patent case against competitor Gilead over a dispute relating to technology for treating cancer. There is a good chance this amount may be reduced by an appeals court, but this is still a gigantic exposure that should remind everyone that when you lose, a patent case can have pretty significant impact on the bottom line.

A few days apart, a federal jury awarded Meso Scale Diagnostics​ more than $137 million in damages against Roche for infringing patents licensed by the Maryland-based company. This concludes a long-running dispute over the detection technology used in Roche’s cobas line of immunoassay analyzers. Interestingly, it started with Roche moving to the court to have the Meso patents declared invalid and non infringed (aka “DJ”). That tactic obviously backfired.

And in the high-tech area, A jury found unanimously in favor of the United Services Automobile Association (USAA) and ordered Wells Fargo to pay USAA $200 million over the infringement of patents related to mobile check deposits.

Conversely and to bolster our point above, VirnetX Holding Corp.’s $503 million patent-infringement award against Apple Inc. was tossed Friday by an appeals court that said it must be recalculated or a new trial held. This dispute has been going on for almost a decade now, and there are no signs of it abating…

In addition to the usual flow of new lawsuits filed during the last month, a few point to a more active docket between large technology companies who usually refrain from going after one another.  As such, we saw a new complaint filed by SMTM Technology against, no big surprise, Apple over its ‘Do not Disturb’ feature.

Publicly traded NPE InterDigital, for its part, announced that it has filed a patent infringement action in the UK against Huawei seeking, among other things, a determination of fair, reasonable and non-discriminatory (FRAND) terms for a license to InterDigital’s portfolio of 3G, 4G and 5G standards-essential patents (SEPs).

In the automotive space, Paice and nonprofit The Abell Foundation said BMW has infringed on their patents involving hybrid engines, according to a suit filed in the U.S. District Court in Maryland.

Finally, in what seems to be a new pattern emerging lately, Apple and Intel recently joined forces to bring an antitrust lawsuit against Fortress Investment Group, a firm that happens to be owned by SoftBank, on the basis that it engages in anti-competitive behavior to the extent that it accumulates patents as a means to extort other companies. Just as we thought we had finally moved on from the “Patent Troll 101” narrative of years past…

It did not take very long for Nokia and Daimler to sit down and mediate over Nokia’s recent assertion against the German car manufacturer that it infringed upon several of its patents. The Finnish telecoms equipment maker Nokia has suspended legal action against Daimler in the hope that mediation will resolve their dispute over technology licensing fees. Stay tuned.

Kodak Moments, a division of Kodak Alaris, has settled a patent infringement lawsuit that it brought against Citizen Systems, DNP Imagingcomm and Dai Nippon Printing in the U.S. District Court for the District of Delaware. The suit alleged that certain printers sold or manufactured by these companies infringed Kodak Alaris’ panoramic printing patents.

Italian based NPE Sisvel successfully licensed US streaming giant Spotify. Both parties entered into a confidential patent license agreement whereby they resolved all pending and future disputes related to Sisvel’s Recommendation Engine patents. Spotify thereby joins a growing list of companies around the world that have access to the portfolio of patents managed by Sisvel which are related to the Recommendation System Technology. Similarly, IOT patent pool Avanci announced  that it has signed a patent license agreement with Volvo Cars, increasing the total number of auto brands licensed through the Avanci marketplace to 14.

The IP community is still reeling from the recent decision from the Federal Circuit in Arthrex dealing with the invalid appointment of several administrative judges at the PTAB. Those who were hoping the ruling would mark the permanent demise of the PTAB have been disappointed so far by the stance USPTO Director Iancu has taken to narrow the decision as much as possible and find a quick remedy to the uncertainty it created. Several experts have recently chimed in as to how they thought this situation should be best dealt with.

Pretty much everyone knows that the US Supreme Court hates taking patent cases. So it wasn’t a big surprise that it refused to hear the appeal from the Federal Circuit decision that Charter Communications Inc unit Time Warner Cable must pay $140 million in damages for infringing five Sprint Corp telecommunications patents. The justices declined to review a lower court ruling that upheld a 2017 jury verdict siding with Sprint in the dispute.

Finally, in the ever-confounding jurisprudence over the concept of “abstract ideas”, one must now add to the column of invalid patents those directed at monitoring baggage delivery.

The big news recently was the introduction by the US Congress of the “Inventor Rights Act”, written by and with inventors in mind and championed by patent activist Josh Malone. This new proposed bill takes the STRONGER Patent Act and pushes it even further, with several provisions aimed at benefiting inventors, as opposed to patent owners, such as shielding inventors from any IPR challenges as the PTAB. While I am personally on record for supporting all legislation that would strengthen patent rights in the US, I believe that any provision that aims at treating a patent differently whether the owner is the original inventor or someone who subsequently acquired the asset, is ill advised as it introduces a level of discrimination that might makes patents even less transactable and thus less valuable than they are now. Why should someone buy patents from an inventor if some of the privileges associated with owning that patent will disappear the minute the sale is completed? I think this one should go away, or even better, do away completely with the PTAB!

On the other hand, one important development that is actually going to change things in the short term is the new position by the DOJ (reversing its guidance since 2013) that they are now open to owners of Standard Essential Patents (SEP) to be granted an injunction when they are trying to enforce such patents on FRAND terms.  And the USPTO just announced that it supported such approach. This is a significant development that should benefit SEP patent owners.

Several people who are well known in the IP community changed jobs recently. Long time Microsoft veteran and Chief IP counsel Erich Andersen (who had himself succeeded Horacio Gutierrez who is now GC of Spotify) announced that he would be moving to another role for a yet undisclosed employer outside of Seattle. He will be replaced by Jennifer Yokoyama, who was previously Microsoft’s head of IP litigation, but has only been with the software giant since June 2018. Before that she was principal counsel for patent litigation at Apple.