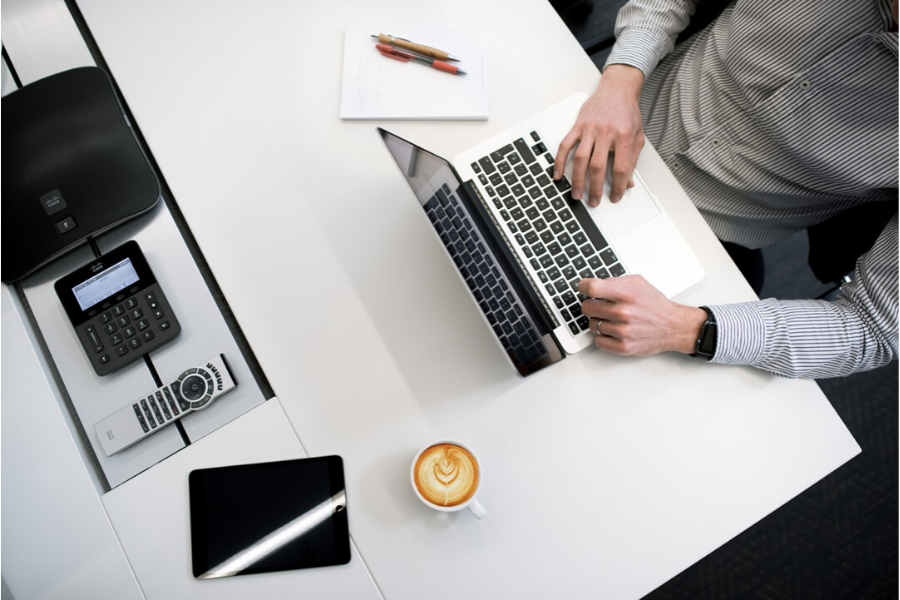 I don’t know where the month of February went but we’ve sure kept busy! We announced a few days ago that we successfully brokered 3 licenses back to back for a small client’s portfolio and we have several more transactions closing in the next few weeks for other offerings under brokerage. We also completed several strategic advisory projects including patent valuations, FTOs and comprehensive IP strategies for businesses and, last but not least, we broke 16,000 IP Market Updates readers for the first time. Yeah! It is great to see our readership continue to grow on what is the only ad free IP business regular newsletter that we know of. As always, your feedback is much appreciated. On the market side, we continue to see more interest from traditional buyers as well as new buyers, and a level of activity that we have not witnessed in several years. We are also encouraged by a few huge patent awards lately that must give pause to people on the receiving end. See below. All this is quite heartening overall for patent owners, although don’t expect the forces at work to let the patent market come back without a fight. We can see this happening in Germany as we speak (see below).

With the quick rise of the novel Coronavirus pandemic worldwide, we hope everyone stays safe. In the meantime, the virus has already sparked one of the biggest patent stories of the year so far. For those who need their daily dose of news, once again you can follow us on either LinkedIn or Twitter where we post regularly.

In a couple of weeks, our team will be attending the very first CON2020 conference in Dallas organized by IP Watchdog, where I will also be speaking. There should be quite a bit of interesting news coming out of that event and we will try to provide a summary of the most salient points in our next issue.

There were not a ton of reported patent transactions recently. One that stood out involved Charter Pacific acquiring biometric security patents in Securicom liquidation. The winding down of small companies is actually one area that is often times overlooked and where one may find good patents at a modest valuation. In our experience, many of these failed startups are sitting on excellent portfolios that they developed when they were the first entrant in a given niche market and, as a result, their patents may be foundational in a field or at least quite broad and less likely to be invalidated. We are actually looking at a few of those in the robotics telepresence field and are helping another client acquire some in the flow battery space. If you are the buyer, you must do your due diligence however as these patents are often drafted and prosecuted on a “shoe string” and the resulting work product varies greatly.

One news that received a lot of attention lately was IBM joining the LOT network, for which it was a big coup after recently welcoming Microsoft as well. We also learned the car maker Toyota joined recently, while automotive supplier Aptiv left, a first departure apparently since 2014. We’ve explained a few times in recent issues what a LOT encumbrance is (i.e. a poisoned pill for NPEs). What is less known is that prior to bringing its massive portfolio under the LOT license, IBM had discreetly sold hundreds of enforceable patents last year to Xperi subsidiary Tessera, some of which were then used by Tessera to target fellow LOT Network member Uber in a new West Texas infringement suit. This is a bit like rear ending your cousin’s parked car before joining him to a family reunion. Wait until he finds out who did it!

Finally, patent assignments recorded in the past months show that Nokia transferred 100 US patent rights to Chinese phone maker Vivo. The documents show that the portfolios changing hands are global in nature, including assets across the major patent jurisdictions of Europe and Asia as well.

This is no contest: in the past few weeks, Cupertino-based Apple both lost an appeal to the US Supreme Court to overturn the $440 million award  slapped against it in the VirnetX case AND was on the receiving end (along with chipmaker Broadcom) of a $1 billion jury award in a patent law suit brought in by US University Caltech. For Caltech, no doubt, it was a huge victory, although I would not count on getting free tuition there anytime soon. We will likely see the usual appeals and delay tactics from both defendants, as is to be expected. After all, the initial award against Apple in the VirnetX case happened 8 years ago and only came to a close in February 2020.

Samsung also had a rough week if rumors are confirmed: a US court is reportedly scheduled to deliver a ruling ordering the payment of US $200 million in compensation for Samsung Electronics’ unapproved use of mobile patent technology that companies like Apple and Intel are currently paying millions of dollars in usage fees for. Samsung Electronics plans to appeal the ruling. 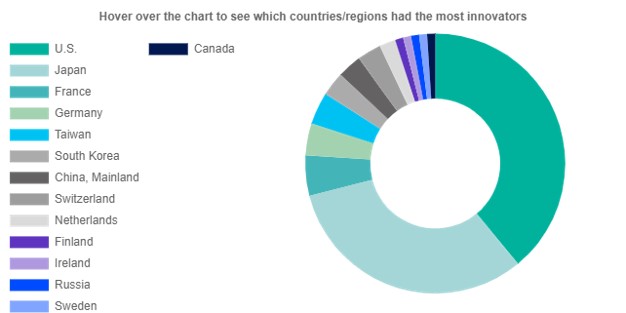 In a formal move by the Trump administration that should make SEP patent owners happy, the US Department of Justice jumped into a case involving Nokia and German auto parts maker, Continental Automotive Systems, to argue that while the Finnish company must license its patents under FRAND terms, Continental cannot hide behind antitrust complaints to force it to negotiate its prices down. That should allow Nokia to keep the pressure on.  Talking of pressure, a Delaware jury has awarded Wasica Finance over $31 million in damages against Schrader Int’l over the infringement of tire pressure sensors patents.

Each day brings its lot of fresh cases in the US patent court system in the US and around the globe. Tracking all those is virtually impossible, so we only comment on the ones that we feel stand out of the crowd. For instance, who would have foreseen a few years ago that search giant Google would one day be sued for infringing… a thermostat! Well, it just happened. EcoFactor, the Plaintiff, says Google technology that changes a thermostat’s temperature based on whether a building is occupied and compares internal and external temperatures to determine when to turn an HVAC system on or off infringes four of its patents.  Samsung and Apple also added a new case on their busy docket: British nanotechnology company Nanoco just filed a patent infringement lawsuit against the Korean behemoth in a district court in Texas relating to quantum dots, while Ireland-based Neodron (an NPE) is suing Apple and other tech giants for infringing patents, specifically those related to capacitive keyboards and sensors used on devices such as the iPhone and the iPad Pro. Finally, in a rare act of foreign aggression coming on the eve of its own criminal trial for trade secret misappropriation, Chinese giant Huawei just hit US carrier Verizon with a patent lawsuit alleging that Verizon infringes upon 12 of its patents covering a number of technologies including computer networking, download security and video communications. None of the patents involves 5G technologies.

US-based company and patent licensing powerhouse TiVo, after merging with Rovi a few years ago, announced recently that it was merging with NPE Xperi in what will create a $500 million licensing giant. While TiVo is the indisputable leader in DVRs and TV streaming, Xperi focuses on tech licensing with a particular strength in the semiconductor space, which leaves a lot of questions unanswered as to how synergistic the combined company will be going forward.

It appears that Huawei and NPE Optis Wireless may have come to terms to put an end to a trial where the Chinese phone maker was sued for allegedly infringing upon 4 SEP patents around video encoding technologies. The trial division had already awarded over $13 million to Optis in damages and Huawei appealed the verdict. This would mean that the parties have agreed to a lower number that will protect both sides of an adverse decision on appeal.

Finally, without making any noise, Italian NPE Sisvel added Samsung to the list of licensors/licensees for its DVB-T2 patent pool, which points to a parties having entered into a broad license agreement in the past couple of months.

There were no major decisions to report in the past few weeks. But for an excellent summary of the most important patent cases of 2019, read the excellent summary from our good friend Gene Quinn of IP Watchdog.

US Congress was too busy with the impeachment process to pass any IP-related legislation, but it does appear that the recently introduced Inventors Act on which we commented a few times is gaining some traction, if only by judging on the number of times that we see it being mentioned and the fact that its supporters are playing the smart game of lobbying elected officials one by one to tell them their story, thus taking a page from the Big Tech lobby (sans monetary contributions however). There is also some noise that Congress might have another look at the very surgical bill dealing with the 101 issues only that almost passed last year before being killed in part by the pharma lobby.  Meanwhile ironically, six years after Alice, 62% of US patents issued in 2019 were ‘software-related’—up 21.6% from 2018. Are patent applicants not reading the news or they are just a bunch of eternal optimists?

In the aftermath of the Brexit and the Mexit, the United Kingdom has now completed the trifecta with a Paxit!  The big news a few days ago was indeed the announcement that the UK will not be seeking involvement in the Unified Patent Court (UPC) despite the country’s ratification of the underlying agreement in April 2018 by the previous government led by Theresa May. In practice the news means that the central division of the court with responsibility for life sciences cases, that had been allocated to London, will have to be relocated to another city in Europe. So will the jobs..,.

Germany, which also has its own legal issues dealing with the UPC, has also made public some proposed elements of patent reform it is working on which, among other things, would make obtaining an injunction in Germany in patent cases subject to a higher threshold whereby an injunctive relief might be refused in particular circumstances where the granting of an injunction would be disproportionate in view of the hardship it would inflict on the infringer. If this smells like trying to export the US eBay doctrine to Germany, it is because this is very much what effect this could have, thus removing in Germany the leverage that patent owners have enjoyed up to now to force large infringers to the negotiations table. Take that away and China will be the only major country left where you can get an interim injunction against an infringer. If you are an NPE, you should be all over this.

Finally, there are some geopolitical patent politics brewing in the IP world as China is pushing for a Chinese national, Wang Bingying, to become the next head of WIPO, the World Intellectual Property Organization, when the vacancy opens soon. Wang is currently the deputy director, and the obvious next in line. The US is now getting a taste of its own medicine and appears to have problems with China playing a greater role in IP matters. Even USPTO Director Andrei Iancu has joined his voice to that of others who share concern about giving the keys to WIPO to a Chinese national.