Is this Back to the Future for Big Tech? 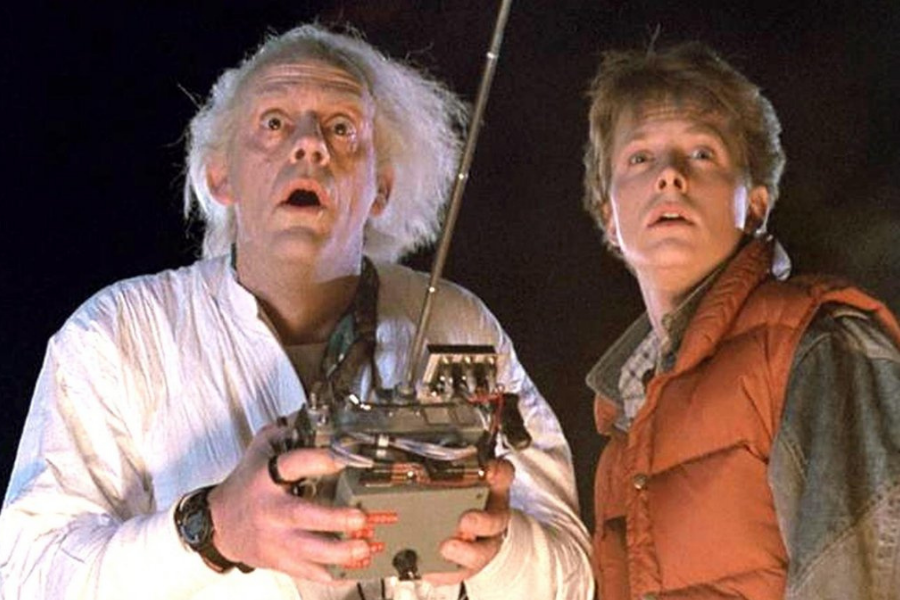 This is our last newsletter in what is undoubtedly a extraordinary year. I do not know that any of us exited 2019 with a clue of what 2020 would hold. If you are like me, you probably can’t wait to turn the page on what historians (and Amazon of course) will forever reference as the mother of all “annus horibilis”.

It would appear that a few others are also looking forward to 2021 including the large tech companies mostly based in Silicon Valley and Seattle, albeit for difference reasons. With a change in administration, large tech cos are pushing hard to recreate the same conditions that they enjoyed under the previous administration. More on this below.

In Tangible IP news, we just announced a few days ago that we successfully brokered multiple voluntary licenses on an inventor-curated patent portfolio pertaining to wireless headsets. Click here for details. We have a few additional deals to announce early next year as they are in the final stages of closing. All in all, we are fortunate to have withstood the brunt of the COVID wave and business has been pretty solid in 2020 despite a number of unique COVID roadblocks. Let us hope it stays that way as inventors and patent owners alike need to keep viable market conduits open for monetizing their innovations without having to resort to litigation.

We also take this moment to wish everyone a very happy holiday season and a Merry Christmas. Stay safe and see you again on the other side of the year in a few weeks. 😊

A couple of months ago in a previous column, I was cautiously optimistic about the market conditions for patents remaining strong despite what was an apparent change in the US administration. Even with 60+ lawsuits and other feeble attempts to overturn the results, the American people have spoken, and the Biden administration is moving forward with their transition plan. We expect to see some change at the helm and with it we will likely see the onboarding of a new patent commissioner to succeed director Iancu. For those who are new to the dynamics of this ecosystem, the person named at the head of the USPTO can really be a force of good (or evil) for patent owners as was clearly demonstrated by the successive tenure of Michelle Lee and Andrei Iancu, respectively. It is now clear that Big Tech, which has been biding its time for the last few years, is gearing up to take back an institution it once controlled more directly.

Just last week, we saw what may foreshadow future efforts by tech companies to reclaim some of the lost turf by lobbying to bury in the monstrously complex US spending bill some provisions that would reinstate the right to challenge Covered Business Methods (CBM) patents at the PTAB, a recourse that just sunset last September after doing substantial damage for several years to patent owners who owned assets falling under that category.  Since the 5500+ pages bill was just passed hours ago and no one, including those called to vote on it, really knows what it contains in the details, it is too early to tell if they succeeded (although a quick word search did not return anything PTAB related). But while the CBM only impacts a small subset of patents, the fact that tech companies felt emboldened to publicly push to revive a recourse that had served them so well in the past is telling us that they feel things will be different in a Biden administration. A few months ago, several of them also sued the USPTO directly to challenge its internal directive allowing for IPRs to be set aside if a similar case is already before the court and is likely to be heard within the year. In short, the gloves are off!

The irony behind that latest effort is that the whole narrative for operating companies to devalue patents and make challenging their validity easier is predicated on the false premise that most patent litigation is driven by Non-Practicing Entities (NPEs) which contribute nothing to society, as they do not procure any goods or services other than asserting patents for inventions they did not even make. We will pass on the fact that offering a vehicle to aggrieved inventors facing much better funded infringers and who could not otherwise receive a fair compensation for their innovative contributions should normally qualify as a “service,” the same way public defenders represent people who cannot otherwise afford legal representation. However, and more importantly, the sole factual argument behind this narrative, i.e. that NPEs drive most patent law suits, is not even accurate, as a recent report from defensive aggregator RPX shows (and RPX actually counts most large tech companies as members). See table below.

This RPX study demonstrates that patent litigation directly initiated by operating companies (as opposed to NPEs) has actually hovered most years between 40% and 50% of all patent related lawsuits. Operating companies also sell their patents directly to NPEs and let them assert. This model, called “privateering” where you let others do your “dirty work,” has accounted for another 40% to 50% of all cases in years past, leaving only a meager 15% on average of truly NPE-initiated cases. So next time you hear that “patent trolls” are a scourge and are responsible for most of today’s worlds problems, please refer your interlocutor to this graph… 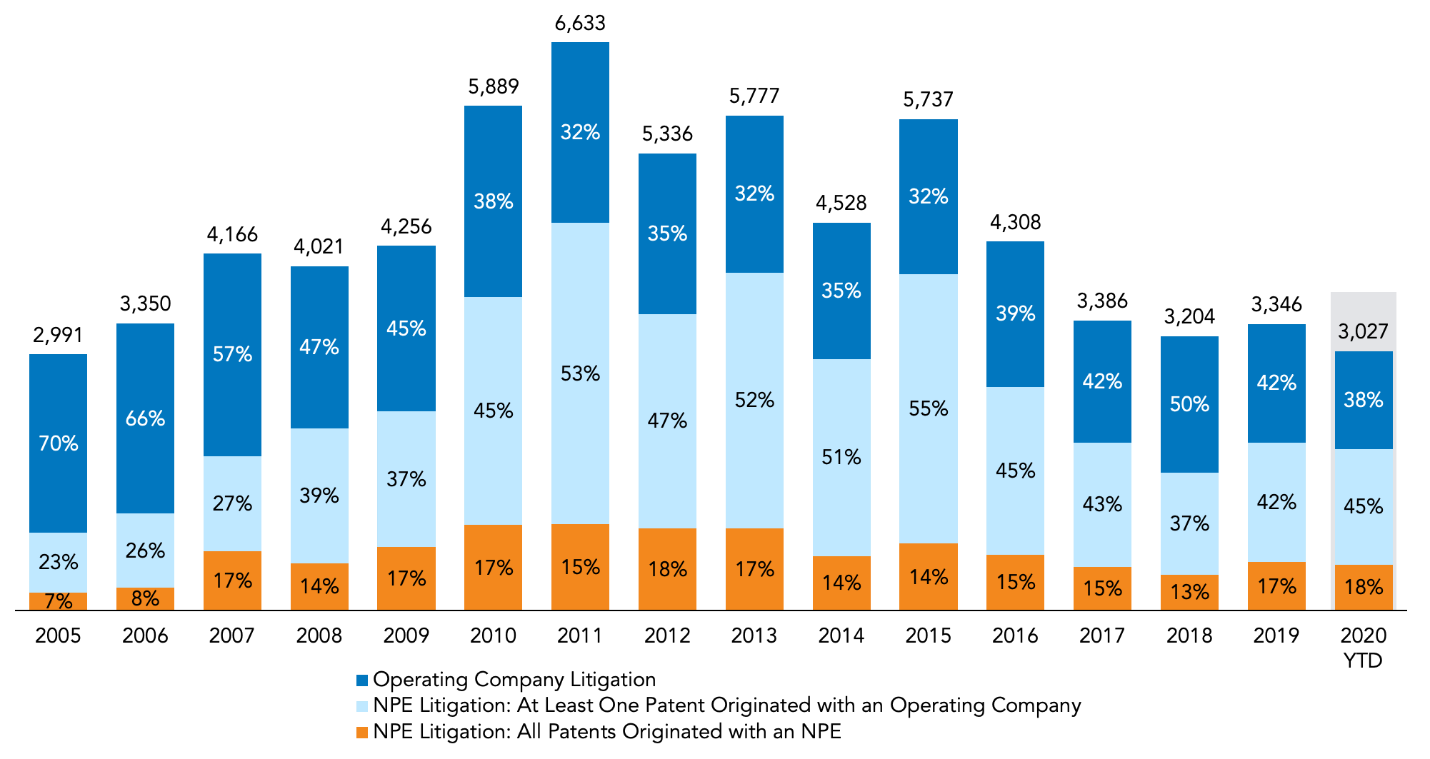 Nonetheless, as the recent US elections have shown, you can allege almost anything these days and if you repeat it enough times, people may start believing it. This is how the “troll” narrative initially left the realm of fringe theories and when supported by enough lobbying dollars, gradually became mainstream. It had recently faded, confronted by the reality of facts and a counter narrative led by inventors’ groups. But Big Tech is back at it and feels it has a better environment with the changing of guard in the White House. It will be interesting to see in the next few months whether they are able to get their footing and go straight back to their future…