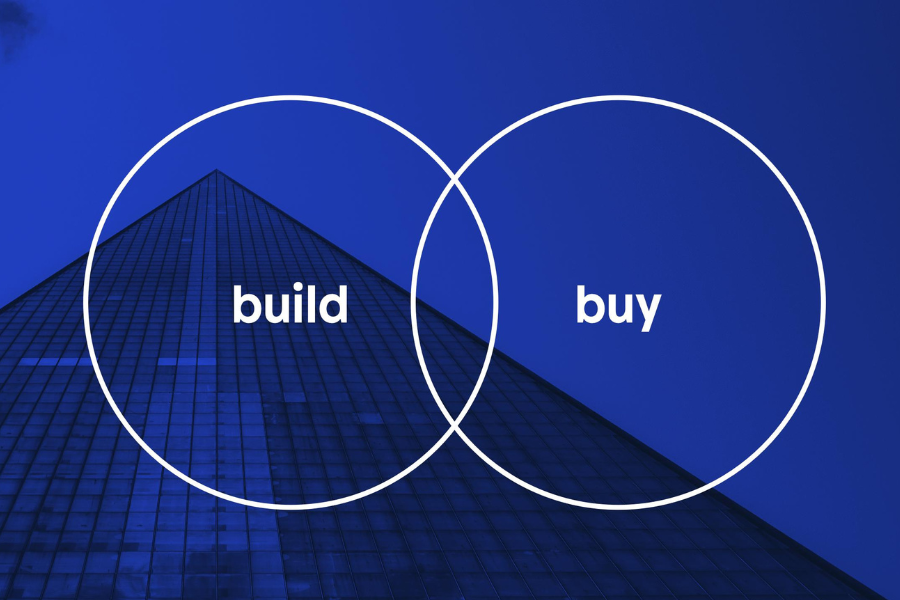 This week was the annual gathering of the IP Business community at the IPBC Global conference in Chicago. I unfortunately had to skip this year, but there was a lot of interesting information coming out of the 2 day conference, mostly from IAM, the organizer (behind firewall). I’ll try to summarize some of the highlights below since we are a subscriber.

When it comes to building a patent portfolio, should one build or buy? Or do both? I will discuss the pros and cons of both approaches below and which one I believe is best.

In the last few weeks, we also closed several voluntary licenses with Fortune 100 companies on a portfolio pertaining to search querying. See the full announcement here.

We also just sent an exciting portfolio to the market of over 25 assets originating from both Nokia and Siemens with relevance to wireless communications, including some SEP patents reading on 802.11r and Zigbee. If you have not received it and would like to review the materials, please inquire at info@tangibleip.biz.

Finally, we have several intriguing portfolios coming to market in the coming months including one pertaining to LED devices, camera settings on phones and high frequency trading, as well as a foundational portfolio covering Digital Rights Management (DRM) and the essential modification of protected media.

Our buyers’ network has interest across a variety of sectors. We have specific interest in the following technologies:

Please reach out to Erika Warner with any assets that may match this request at erika@tangibleip.biz.

Soon after our last newsletter which reviewed data on the brokered patent market, the IP business community met in Chicago for its annual pilgrimage to the IPBC Global Conference on June 12-14, where some main themes were diversity, looking beyond patents (trade secrets), the important of data, how to navigate corporate IP departments, and many more.  The best way to get a glimpse of what was discussed and the overall tone of the conference is to look at the main Twitter feeds about the conference and pick the ones you like here.

We discussed a few months ago the Blackberry patent portfolio sale in detail and warned that it could unravel should part of the funding that was a requisite for the deal to close fail to materialize. We felt then that the announcement was a bit premature and recent events seem to confirm this. According to a statement released by the Canadian company on June 1, the prospective buyer, Catapult IP Innovations, has failed to raise the missing cash ($150M) to close on the deal. Blackberry is now out of the exclusivity window to explore other avenues, but this comes as a major setback and embarrassment for CEO John Chen who rushed the announcement of the sale several months ago to meet a self-imposed deadline with investors. It also goes against the well-known rule among patent brokers that a deal is never closed until the funds are in your bank account…

Build or Buy; How to Best Grow a Patent Portfolio

We do a fair amount of strategic IP advisory work for clients, and I am often asked by management whether they should invest in building their own patent portfolio organically or go the acquisition route and purchase patents that may get them what they need immediately. The right answer as you may have guessed is usually: “It depends” and most often ends up being “do some of both”.

First, let’s compare approaches as they both have their pros and cons. Building a patent portfolio organically, i.e., based on inventions made in house, is the general rule and the way most companies (other than NPEs) acquire assets. People invent first while doing R&D and the patenting part comes after, as a result of their innovations.  Thus, the patents filed usually cover their core (and sometimes non-core) technologies with some of it productized down the road. In this scenario, patents play a defensive role, i.e., preventing cloning or copying by competitors, unless they want to infringe upon the company’s patents, which many chose to do anyway nowadays.  The obvious benefit of this approach is that the company protects technology that itself has developed and is connected directly to the products or services it sells. It also acts as a deterrent against competitors and as a tool for the company to attract funding as it enhances its reputation as an innovative company.

It is generally considered a plus that the inventors are with the company and may remain available for improving upon the previous inventions and when those patents need to be enforced. In reality though, assertion activities often time occur several years later and, by that time, many of the original inventors may have moved onto greener pastures. Also, only a few percentage of home grown inventions ultimately get productized by their patent owners, and even product or services that embody their original inventions will evolve over time in a way that no longer overlaps with the patent portfolio and may leave the company vulnerable.

Finally, filing a patent is always a gamble as the bulk of the work and investment precedes the result and there is no guarantee at the end that the patent will even issue. If it does, there is no certainty that its coverage will be adequate and, finally, there is currently a relatively low level of confidence that it will remain valid if challenged. Remember that in the US, almost 3 patents out of 4 that are challenged in in the PTAB end up being declared invalid, or at least some of their claims are.

However, the main drawbacks for building a patent portfolio organically are primarily time and money. It is both long and expensive. The typical patent takes 3 years from filing to issuance and it costs on average north of $50,000 per patent, if you account for all issuance and maintenance fees. If the patent is filed internationally, which it should be, then the investment per patent family can quickly exceed $250,000 to cover a few additional markets. Imagine the kind of budget a large corporate law department at a Fortune 500 company must have in order to manage tens of thousands of issued patents while filing a few thousand more each year. It is daunting. No wonder many are trying to prune their portfolio on non-core assets.

On the other end of the spectrum, buying patents is a lot more opportunistic and accomplishes different objectives. It may be that your own patents no longer overlap well with your product, and you need to fill some gaps quickly. Or that you plan on expanding in a new product line or territory and need freedom to operate on the IP front. There can also be a new technology that you want to add and you need the rights for. Finally, it could be that you are on the eve of a cross licensing discussion and need to rapidly acquire assets that are relevant to the other party, or that you are being sued yourself for patent infringement and need some strategic patents to even the playing field in court, etc. In short, there are no bad reasons to acquire patents from others as long as they fulfill a valid business objective.

Some of the advantages of the “buy” route map to the corresponding weaknesses of the organic approach above, the first one being time. It is like buying produce at the grocery instead of gardening, maybe not as gratifying, but a lot more efficient! Second, there is certainty in the scope of the patent and what they do cover and don’t.  Third, you can better assess their ability to withstand challenges to their validity, as you can look at the prosecution history, prior art, etc. Fourth, although the price you pay per patent is likely to be higher than the ones you filed internally, you can review hundreds of those before selecting the one(s) you really need and thus avoid the cost of all those filings that go abandoned or do not really support the business over time.

Obviously, there are some drawbacks too: you are only acquiring the rights to exclude others from practicing the inventions as claimed; thus there is rarely any enabling technology or knowhow transfer in addition to these “naked” rights. Second, and despite the best due diligence efforts you may endeavor, you will never know the whole story about the genesis of the invention, potential flaws in prosecution, whether too few or too many inventors were named, whether there was a public disclosure of the invention prior to filing the patent, what the inventors think about the patents, etc. So when you need to assert those, you are throwing someone’s else grenade and surprises abound in patent litigation once you subject patents to a tougher scrutiny.

Nevertheless, successful operating companies regularly engage in acquiring third-party patents IN ADDITION TO having a vibrant organic patent portfolio building effort. They also divest patents they no longer need and reinvest the money into making their portfolio more relevant to their business. This is rarely a either/or situation and most sophisticated companied we know both build AND buy when it comes to their IP assets. Wouldn’t you too?