The Plight of the Patent Broker! 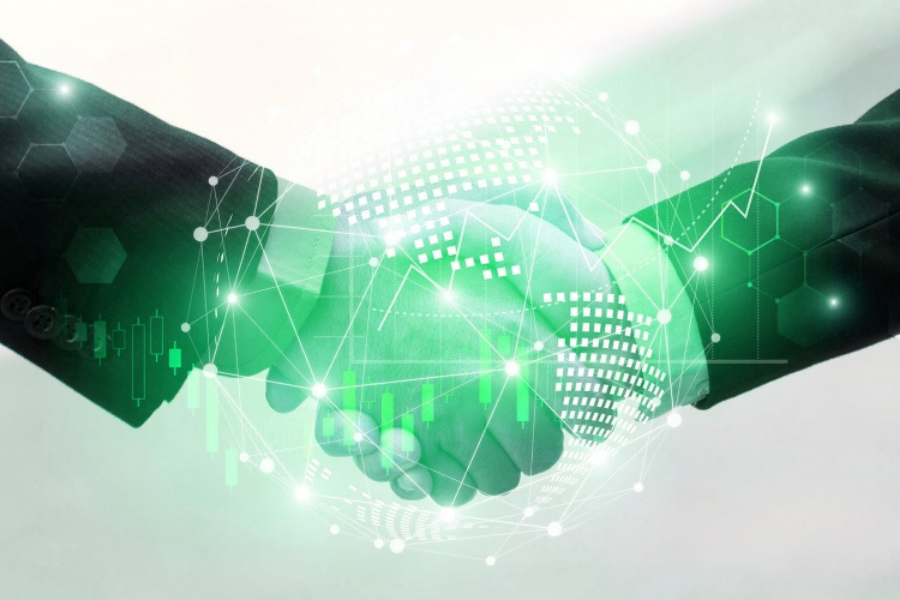 I often joke with friends and colleagues that if you want to become a millionaire, you start as a billionaire and you become… a patent broker! Indeed, this profession is not for the faint of heart as the latest industry report below explains.

However, before we expand on our main topic below, last week’s big news in the IP community was the announcement that Canadian flagship Blackberry (formerly Research In Motion) had put its patents on the block, all forty thousand of them, and was nearing a sale. In all likelihood, barring a bid by Ottawa-based NPEs Conversant or WiLAN, it will be acquired by a non-Canadian company, just like the Nortel portfolio was 8 years ago. For Canada, it is another indirect brain drain and a huge waste of taxpayers’ money. Remember,  patents are the byproduct of research and development activities and Canada probably has the most generous R&D tax credits programs in the G20. Called SR&ED, this program allows companies conducting eligible R&D activities in Canada to access substantial deductions and/or refunds. Since patents are good for 20 years, the sale of Blackberry’s portfolio will essentially span two full decades of such credits, probably worth hundreds of millions or even billions. Furthermore, whomever acquires the portfolio will logically want to monetize it further and those additional revenues will escape the Canadian tax authorities as well. Finally, any Canadian company that might practice even one of these 40,000 patents is now at risk of being sued for infringement and there is nothing the Canadian government can do about it, whereas it may have been a lot more delicate for Blackberry to assert locally without some push back from the community. The Globe & Mail wrote a good story about it a few days ago in which yours truly was interviewed. It can be accessed here.

In Tangible IP news, we will officially be announcing shortly the closing of yet another transaction involving the successful sale of a 72 asset 3GPP and WiMAX patent portfolio originating from Korea Telecom Corporation. With this deal, we have now passed the rare milestone of having successfully brokered over 4000 patent assets since our inception less than a decade ago. Now onto the 5000 mark! Finally, we still have a handful of other portfolios in various stages of closing.

We also take this moment to wish everyone here in the US a very happy (and safe) Thanksgiving. It may not resemble years past, but we will get through this pandemic and they will still sell turkeys next summer.

To Be or Not to Be… a Broker

Those who have been following the patent market know this has been a long war of attrition in the business since the heydays preceding Alice and IPRs and there are just a handful of intermediaries like us left that now account for over 80% of all the deal making that takes place nowadays. In this regard, Richardson Oliver Analytics (ROI) just released their latest report of the Brokered Patent Market, showing that we managed to lose a few more competitors since last year. Richard Lloyd of IAM ran a nice piece on this recently (behind firewall) where I am quoted saying: “Assuming we close all of our deals we will have done a lot more transactions of between $2.5 million and $5 million this year than any time since 2012.” That was 3 weeks ago. In the span of those three short weeks, this business reminded us just how fickle it can be. One of these deals is now dead in the water and two more are on life support… The reality is that so many things must align perfectly for a patent sale to take place – as there is so much subjectivity and uncertainty about both validity and infringement of every single patent – that it is almost a miracle that any deals close at all. According to Kent Richardson of ROI, the best brokers close about 35% of their deals (for the record, we are still well over 50% if you include licenses), which points to a very laborious and very uncertain process.

Overall, while the asking price for ALL patents currently for sale account for about $36B, only a small fraction of those will close and the sale price will on average be about a third lower than the asking price.

It is also very important to understand that while there is a lot of price elasticity in patents (i.e. the floor is truly $0), the price per patent also decreases significantly with volume, which is consistent with the rule that only 5-10% of the patents in any portfolio are the real deal drivers and other assets will be significantly discounted. 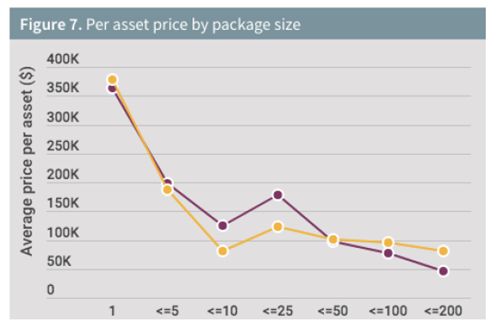 Other highlights from the report include the significant shift in technologies driving deals. Deal size as a whole has not changed much since 2019 (it is a little down, as per below), but it is the change in technology focus that is interesting.

Indeed, high-tech now accounts for much fewer deals overall than it used to (see table below) and we see lower “Alice risk” patent categories such as hardware increase as a result.

Even more importantly, there are now a lot more NPEs than operating companies buying.

Finally, from our own discussions with buyers, it is clear that COVID has played a role (as we would expect). Many corporations have slashed their patent acquisition budgets, assuming they had one to start with.

On the other hand, increasingly more large tech companies understand that the friendly environment they have enjoyed for the last 7 years is now changing and they are more willing to entertain earlier licensing discussions, meaning before they get sued. What a novel concept! For patent brokers though, survival has been a tale of perseverance and constant adaptation to this new environment, which explains why only a few of us are still practicing our trade today. Want to become a millionaire?