This Game Has to Stop! 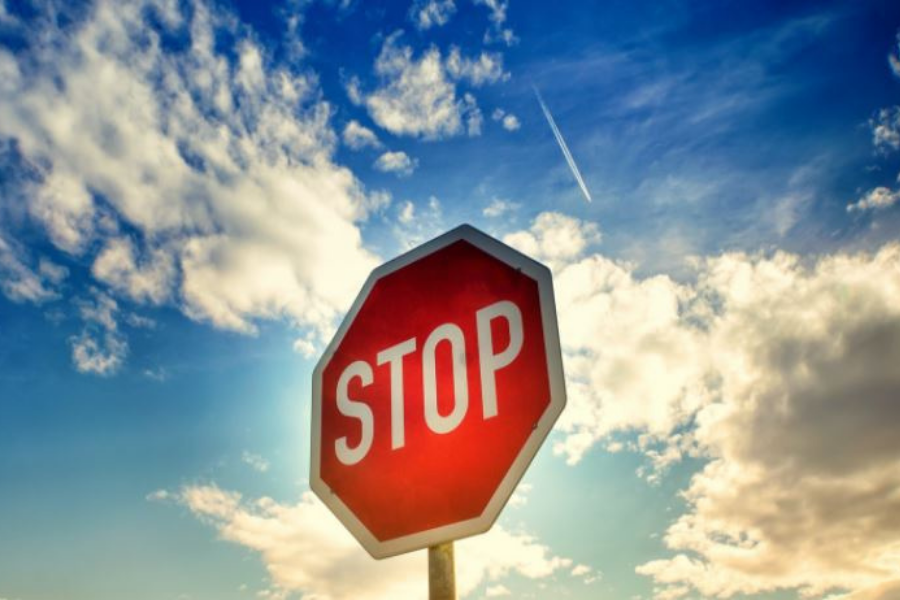 After a few weeks of quasi normalcy on the political front as this new US government works to actually govern, it almost feels like we can focus once again on minimizing the toll of the pandemic and rebuilding our economy. Lest most have forgotten, we still have 10 million jobs to recoup, a staggering total of loss to date since the beginning of the pandemic almost one year ago.

But should you turn to the US stock market as the indicator of health, you would have no idea of the struggles here on the ground floor, well that was until this past week. The phenomenon that is GameStop and other individual stocks does not escape the world of IP as we will see below with BlackBerry. It shows once more that stock valuations can be completely detached from reality and that people often react to news in a certain way without really knowing what it actually means to the target company it applies to. This is even truer for IP centric companies.

In Tangible IP news, we are off to a very strong start and we will be announcing in the coming days the completion of a sale of a subset of a larger portfolio we have exclusively under brokerage with German leader Siemens, which is still available for sale. Similarly, we will soon be in a position to announce multiple licenses with Fortune 500 companies on another portfolio, originating this time from Huawei.

We also completed some interesting projects on the advisory side for organizations as diverse as Ansys, the NRC, OVH Cloud and the Aluminum Association of Canada, to name a few. Finally, we very recently sent to market two very interesting portfolios from Honeywell and Carrier respectively which are now available for sale or licensing. For more info on those, please inquire with info@tangibleip.biz.

Starting with today’s issue of IP Market Updates, we will be putting more emphasis on our role as “matchmakers” between patent owners and buyers and starting to let our readers know the areas where we have buyers willing and ready to acquire patents. Our VP Brokerage, Erika Warner is the point of contact for those. You can reach her at erika@tangibleip.biz.

Currently, we have strong interest from buyers in the following technology areas:

This Game Has to Stop!

I am sure most of you have witnessed the David vs. Goliath tug of war between individual day traders and institutional hedge fund investors over artificially raising the GameStop share price or systematically shorting it.  Add to this fray the millennials’ favorite trading platform Robinhood, now caught in the middle and having to raise over $3 billion in a crunch to recapitalize itself. Some of the most powerful hedge funds are hemorrhaging money playing a dangerous game they are not used of losing, and a few have already capsized. This is a real testament of new forces using the tools at their disposal to fill a vacuum left by the absence of proper regulations to deal with the vast power of hedge funds and their behavior.

In the meantime, this game of chicken has generated stratospheric valuations for companies whose fundamentals would not raise an eyebrow in normal times. If you invested $10,000 in GameStop stock on January 20 and resold it a week later, you would have netted closed to $100,000. Not bad considering the interest rates… However, the current clash (which borders on a financial crusade) can only end with many of the players losing a LOT of money, whether because a few of the die-hard day traders suddenly turn greedy and start selling for huge profit, or hedge funds start falling like dominos and pensioners across the country whose money they manage find out that someone was playing roulette with their savings. Either way, as we witnessed in 2009 and so many times before on Wall Street, the small guy generally ends up holding the bag and the GameStop charade is already coming to a painful end for many.

Which brings us to Blackberry, which has also been the subject of wide variations in its valuation in recent weeks for reasons that, albeit less extreme, show once again that you cannot always trust the public stock market to value a business, especially an IP company. This is why so many Publicly traded IP companies (PIPCOs) have gone private in recent years. It is hard enough to satisfy a short-sighted market, let alone one that does not have a clue about your business.

As most know, Blackberry (formerly known as Research in Motion) is a Canadian company who is known mostly for its eponymous phones that were all the rage in the early 2000s. This led to a famous case where the company ultimately paid a huge ransom to an NPE. As historical reference, the NPE accused BB of infringing its patent and paid dearly in order to avoid being enjoined from selling its phones in the US (the patent in question was later declared invalid but the NPE got to keep the money). Over the past year, roughly half of Blackberry’s revenues (which have higher profit margins than selling products and services) came from the monetization of its vast patent portfolio. See BB’s latest SEC filing for Q3 of 2020.

It is worth noting that BB was losing significant money after 3 quarters in 2020, with a net loss of roughly $800 million, suggesting an estimated loss of over $1B+ over the full year exercise. So not exactly a stock one might normally expect to see investors flock to … Indeed, Blackberry’s stock had been relatively stable in the past year as per the chart below, hovering mostly around $5.00 per share, which gave it a market cap of roughly $2.5B (all numbers in USD) for most of 2020.

Ironically, when BB reported a spike in revenues on September 25th, 2020 which was the result of $32M in licensing revenues (most of it pure profits) from a 2017 deal with Teletry, it did not even register a blip on its stock price despite the unequivocal good news.  Same reaction (or absence thereof) when the company announced it was planning to divest its whole patent portfolio, a major shift in strategy. Normally, a company will do this when it feels it has reached the point of diminishing returns on its assets and the sale in bulk of a patent portfolio of this size (near 40,000 assets) is often considered a fire sale. Kodak did the same thing a few years, receiving a paltry sum for its portfolio. Same thing with Yahoo. Remember, we are talking here about selling the company’s cash cow in one sweeping deal. Still, no immediate reaction from the market, even as the announcement started to attract some press (mostly negative from the Canadian side), which is rather strange. (In late November, the Globe & Mail -the Canadian equivalent of the NYT- published a story for which I was interviewed lamenting the loss of IP by Canada should the portfolio be sold to an outsider.)

Then even stranger things started happening. In the days preceding the December 3 reporting of Q3, investors speculated a bit and sent the stock soaring to $8.52/share. After BB released its results and likely in view of increasing losses, the stock came down to between $6 and $7 per share.

Then, on January 15th, 2021, the press picked up that BB had settled a long-standing patent litigation with Facebook. If one accounts for the fact that BB was also a defendant in Facebook’s counter claim that it infringed its own patents, those in the industry would expect the ensuing settlement to be likely a draw, where both suits are dismissed and the parties enter into a limited cross license with no money being exchanged.

Interestingly enough, BB did not issue any press release (neither did FB), not even the usual meager statement where the parties usually announce the defendant has taken a license to the patents at stake and that they vowed to collaborate in the future, etc. “We have resolved our disputes pursuant to a confidential agreement and have no further comment,” was all the world got from a BlackBerry spokesperson in an email, not exactly the rallying cry of victory. Albeit doubtful, maybe this WAS a homerun for BB; but the truth is, no one outside BB or Facebook knew for sure and the market had to react on the information it received, which was really almost nothing.

Still, investors are speculators at heart, and they were trying to find some magic in the announcement. As a result, they soon sent the stock soaring. When they saw this, some hedge fund managers who did not like the fundamentals of BB started souring on the stock and shorting it. See below.

In turn, this sudden negativity by hedge funds dragged the BB stock into the ring of the GameStop war raging and small traders started buying it in a frenzy to counter the downward movement. In a matter of days, the stock had exploded to trade over $25/share and reached a high point of $28.26/share on January 27, a more than 500% bump over its average annual price in a matter of days! Then, traders shifted the focus of all their rage and limited funds on GameStop, while Robinhood was announcing some restrictions on a few stocks, including BlackBerry, which in turn limited people’s ability to buy it, or to buy more than a few shares at a time.

As a result, the BB stock came down as quickly as it had gone up, and on February 2, it closed at $11.55, down almost 60% from a week ago, all this for a company whose business fundamentals and business model has been fairly the same for the last year.

The short of it- one might say the “big short”- is that even if one factors out the sudden variations caused by the war between traders and institutional investors, the public market does a very poor job at understanding events related to IP companies, either by overestimating or completely missing the significance of any given announcement put forth by these companies. Which brings us back to the Warren Buffet rule #1, i.e. only invest in what you can truly understand.

The Tangible IP team sends our best wishes for a healthy and prosperous new year.