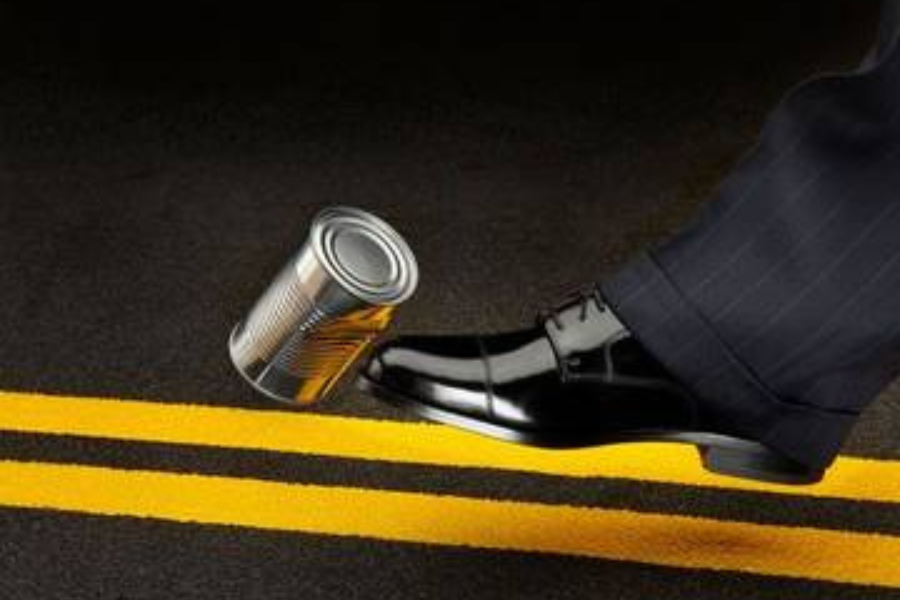 The lull of the early summer months provides a great distraction from the shock of recent events that saw the US Supreme Court issue 3 major decisions back-to-back. These decisions fundamentally impacted gun rights, the right to privacy (aka Roe v. Wade) and put strict limits on the Environmental Protection Agency’s ability to regulate power emissions and pollution levels in general, all of which were extremely controversial to say the least and have left people either screaming in horror or jumping for joy depending on personal politics.

In the IP world, SCOTUS also had yet another golden opportunity to finally clarify its previous ruling in Alice and provide much needed clarity when navigating patent eligibility. We’ll see below how it handled the case.

There was also a flurry of news from Europe that suggests the old continent is now increasingly the center of gravity for global IP battles between giants. We‘ll touch on this and where that leaves us.

With half of the year now behind us, I also revisit my 5 initial predictions for 2022. I am very happy with my batting average so far…

Finally, after discussing in our last newsletter the pros and cons of building a patent portfolio via acquisitions vs. organically, I want to touch briefly on the neighboring concept of “open innovation” and why it rarely works as it should.

As we mentioned a few weeks ago, we have been putting the last touches on closing on a rather large transaction involving over 100 assets and relative software code in the computer visualization area. Well, I am pleased to report that the deal has now officially closed. See the announcement here.

We will also announce soon a few more voluntary licenses with Fortune 100 companies on a portfolio pertaining to Application Programming Interfaces (API).

A few weeks ago, we started sharing with selected buyers an exciting portfolio of over 25 assets originating from both Nokia and Siemens with relevance to wireless communications, including some SEP patents reading on 801.11r and on Zigbee. If you have not received it and would like to review the materials, please inquire at info@tangibleip.biz.

We also sent to market a very interesting portfolio pertaining to LED hardware devices that project an image by rotating blades (think of fans or car wheels). There are multiple EoUs and this is one for buyers who have a low risk tolerance for patents with a high “Alice risk.”

Our buyers’ network has interest across a variety of sectors. We have specific interest in the following technologies:

Please reach out to Erika Warner with any assets that may match this request at erika@tangibleip.biz.

Eight years ago, the Supreme Court issued its now infamous Alice ruling. This paved the way for a progeny of cases from the Federal Circuit that further muddied the waters. So how do you know if a patent recites patentable subject matter (aka s.101)? Well… you don’t! It has become the weapon of choice for those wanting to challenge the validity of any US issued patent on these grounds.

Indeed, according to IAM, the number of motions under Section 101 in the 5 years preceding the Alice decision in 2014 was only 116. By contrast, post-Alice, there have been over 1700 such motions and the success rate of challengers is close to 40% (combining full and partial grants of motion), high enough to warrant this strategy.

One would think these statistics would give the Supreme Court reason to pause as it was considering accepting a request to revisit this very issue in the case of American Axle & Manufacturing Inc v Neapco Holdings LLC. In fact, both the USPTO and the US Department of Justice had pleaded for the court to hear the case, as everyone recognizes that the status quo cannot continue as it is directly hurting US patentees and the US economy. So, what did the Supreme Court do this time? For the 20th or more time (I’ve lost count) it had a chance to rule on this issue and it simply declined to hear the case, yet again leaving everyone wondering, what is next. Of course, Congress could also fix it; but we all know that is not going to happen, as there is already a compendium of proposed patent reform bills that have been dead on arrival ever since the AIA. Here is a more detailed article of the implication of this non decision.

Europe is Showing the Way

It is no great surprise for those watching the global IP chessboard to see Europe emerging as a powerhouse where patent owners battle to have their IP respected around the world. We have recently seen this phenomenon accelerate with more and more global injunctions issued on SEP patents that force global settlements between licensors and licensees. People are essentially avoiding the US as a venue and bringing their cases to Europe with much better results. They then leverage those decisions to put in place worldwide licenses.

It’s important to note that it used to be the other way around! This (yet again) highlights just how far the US patent system has fallen – now viewed as a lesser grade environment for those who need to protect their rights. With the European Unitary Patent System and Courts about to take off, we believe that this trend will simply continue to accelerate.

Coming Back on My First Five Predictions for 2022

Last January, I made my initial 5 predictions for the year ahead and they are as follows:

On these 5, I am pretty much batting for 1000% so far. Vidal was confirmed a few months ago despite some real grassroot campaigning from the Inventors’ lobby. The DOJ did back off on its proposed policy earlier this year. SCOTUS just left us as confused as we were before by declining to hear the American Axel case. Judge Albright is definitely having the hardest time keeping his cases in the Western District of Texas, with defendants successfully transferring cases to friendlier districts for them, including Apple who somehow convinced the Federal Circuit that having tens of thousands of employees in Austin does not create enough of a nexus to be sued there… Finally, ITC cases are on the rise, but only for the high risk / high reward cases, given the astronomical costs that are required to sustain a complaint there. On that last one, it also seems that some cases that could have been brought before the ITC are rather asserted in Europe where the courts can readily issue an injunction AND adjudicate on damages, which the ITC cannot.

Open Innovation stems from the basic assumption that one cannot possibly develop everything it needs and does not need everything it creates. Think of it as the IP version of the two small neighboring villages from the antiquity, one on the sea with only fish to consume and the other one inland with only grain and game. It did not take long for those neighbors to realize that trade was the best way to get enough of everything instead of too much of one thing.

In the IP world, technology verticals and underlying IP rights should normally flow the same way and Company A should be getting what it doesn’t have from Company B instead of replicating the perennial wheel. Conversely, Company B should be able to license technology it no longer needs, or which can be used in other non-core verticals. That is the theory. In practice, this rarely works and a lot of the reasons why it does not stem from human nature and behavior rather than the difficulty of transferring rights from A to B.

I remember from my days at Microsoft where the IP team I managed was responsible for all the research labs the company had across the world (there were 5). These top-notch researchers cranked out amazing innovations, most of which were naturally geared towards Microsoft flagship products. There was even a well-resourced internal team whose only charter was to facilitate the tech transfer from the labs to the product groups. On paper, it was perfect and should have led to a very high percentage of innovations being incorporated into products in a rather short time.

In reality, it was a small miracle each time a new technology developed in house by a research group made it to a product or did so within a few years after its creation. Why is that? Simply put, because product groups are always shipping the version of their product they wanted to ship… 2 years ago. What they are essentially doing is incorporating – at long last – the features they had pegged for the previous version but which had to be canned at the last minute when they had to meet a deadline and the whole focus turned to bug fixing. Add to this that the people making the tough calls in the “war room” are in the product group and they will naturally default toward removing a feature – regardless of its merits – that did not come from their own group, even if it was developed in house somewhere else.

I know from having had numerous discussions over the years that this is true elsewhere and not only in the software world.

Now imagine you are trying to conduct this open innovation between two completely separate organizations, say a startup or a university trying to license some technology to a Fortune 500 company that has a very rigid development cycle with a very short window of opportunity (counted in weeks) to add a new feature to the next version of the product it is trying to launch. In addition to what I already described, you also have to add the still going strong “Not Invented Here” syndrome, a lack of trust as to the pedigree and robustness of technology that has been merely prototyped and never commercialized, culture clashes and different groups moving at very different speeds, etc.

No wonder large companies prefer to implement other people’s ideas internally, rather that work with them to license their innovations. The only problem with that model is that unless the legal system protects the innovators, the implementors will simply take a free ride in replicating these great ideas at no costs to them. And this is what is currently happening all around us. A word of caution though; if this goes on for too long, we will soon run out of innovators…