Gloves Off for Big Tech 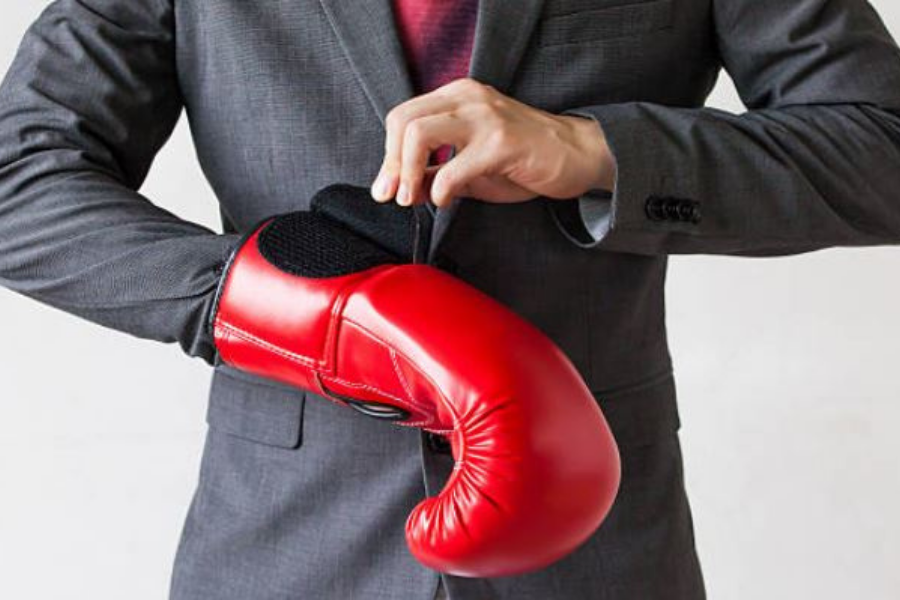 Since our August 20th column, a couple of major events took place that may impact things significantly, especially as it pertains to patent valuations.

As you know from our periodic analysis of market factors affecting patents as an asset class, one factor that stands out is always the legal environment. Specifically, any change in the law or jurisprudence must be scrutinized for potential impact, intended or not. Indeed, most agree that changes to the legal environment were the primary reason for the patent bubble burst after 2013. Remember 2014 saw the Supreme Court’s decision in Alice (and its imposing, abet inconsistent progeny) coupled with extremely high invalidation rates for patents being challenged via Inter Parties Reviews (“IPR”) at the newly-formed PTAB (aka “patent death squad”). While there are a couple decisions that deserve attention, this week, I will focus on a decision here in the US regarding IPRs and, in my next column (hopefully in no more than a week), I will turn my attention to the landmark decision in the UK last week and which may significantly modify the way standard essential patents are being licensed and deployed going forward, especially as it pertains to the very geopolitically strategic 5G standard.

In Tangible IP news, we recently announced the closing of 4 voluntary licensing agreements with large technology companies regarding a video processing and streaming patent portfolio that we still have under brokerage. It’s always great to see some operating companies choose to take a voluntary license when an acquisition is not of interest. More announcements will come soon on other portfolios we are currently marketing for our clients.

As I am trying to focus on the macro picture, I want to remind everyone that we track everything that is going on in this world and for those who need their daily dose of news, once again you can follow me on either LinkedIn or Twitter where I post regularly.

Last week four large US West Coast tech companies, namely Google, Apple, Cisco and Intel (dubbed “GACI”) took the gloves off and directly filed a lawsuit against the USPTO. In their complaint (a petition for mandamus) filed at the US District Court for the Northern District of California where all four are headquartered, the tech firms took aim at the so-called NHK-Fintiv rule which allows the USPTO to deny an IPR petition based on discretionary factors relating to pending parallel litigation. They allege that the USPTO Director has exceeded its authority in promulgating such rule.

Since it is fairly rare to see corporate constituents take their own government to court (hiring lobbyists is so much more effective and discreet!), it is worth understanding why. As I mentioned above, large technology companies threatened by current or future patent litigation have had a field day since 2013 challenging the validity of patents at the PTAB through the filing of Inter Partes Reviews (IPR) where they have emerged victorious 3 times out of 4 on average and  for a fraction of the costs of defending a lawsuit. This in turn significantly decreased the value of patents by 1) creating a doubt as to their overall validity and 2) introducing a relatively inexpensive ($300-$500K instead $3M-$5M) legal process to adjudicate on a case which took away most of the incentive for the accused party to discuss taking a license in good faith in order to avoid a lengthy and expensive trial.

After an  outcry in the inventors’ community, better messaging to Congress and a PTO director (Mr. Iancu) that has shown to be more sympathetic to patent rights owners, the PTAB is no longer the automatic ‘death squad” it used to be and changes in guidelines have slightly curbed the invalidation rate of years’ past, although patent owners still believe much more is needed.  In parallel, some district court judges who used to give deference to an existing PTAB proceeding and would stay their own case until the PTAB had issued its decision are no longer taking that approach and are proceeding at a “rocket docket” speed, thus issuing their own decisions faster than the PTAB can. Since these two jurisdictions are often at odds on the same issue, the first one to render a decision dictates in large part what follows.

Last March, the PTO issued a new rule which became final recently, whereby the PTAB might no longer institute a case (which is step 1 in a two-step review process) if there is already a parallel pending case in court. So whereas patent owners have long complained that the PTAB deprived them from their day in court, alleged infringers are now in a similar situation where their forum of choice for invalidating a patent may no longer be available to them if a district court is already involved. Besides the fact that this rule will create further incentives to sue as a first way of communicating one’s demand, it is also poised to remove one of the most effective defense strategies that defendants had at their disposal for the past several years, and which they leveraged with great success. As such, we predict that this rule will support the current movement that we see toward higher patent valuations.

The other shoe has not dropped yet and there could be other similar lawsuits, or other companies joining this group. Also, of importance, most observers predict that Mr. Iancu will likely transition out of the PTO after the elections, as is customary for federal agency heads regardless of who wins the presidency on November 3rd. So one could see this is as an attempt to draw a line in the sand, make sure the status quo is preserved and put the issue high on the next commissioner’s agenda. Big tech will undoubtedly wish to make sure Mr. Iancu’s successor is less of an “activist”. Meanwhile though, Silicon Valley has been forced to show its colors more directly after having been quite successful for the last decade at getting its way through a more traditional approach of lobbying and campaign contributions.

It will be interesting to see if these tech behemoths will now suffer any backlash in the court of public opinion if perhaps some clever narrative will emerge that paints this latest effort as some oligopolistic group colluding to deprive patent owners of their constitutional rights to have a jury of peers deciding the merits of their case, just when the DOJ has indicated that it is about to take Google to court on antitrust grounds.