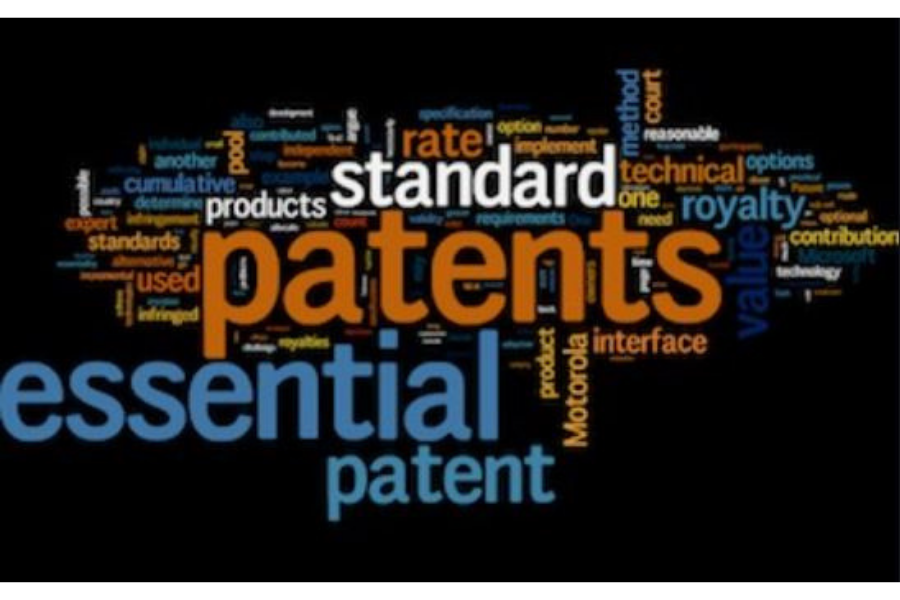 In our previous column just two weeks ago, we examined how the change of guidelines by the USPTO could alter the patent landscape. Remember the ease at which companies could challenge the validity of patents was a great tool used widely by Big Tech to eliminate threats. Indeed, those same companies have gone so far as to sue their own government in an effort to preserve the favorable status quo. On September 14, a number of “Small Business Inventors” also filed a Notice of Motion and Motion to Intervene and related Complaint in the California case.

As I explained, the outcome of that fight will have a direct impact on patent valuations.

Another phenomenon that could significantly influence an important segment of the market is the recent case law coming from our British friends regarding Standard Essential Patents (“SEP”) and, in parallel, the new pro-SEP patent stance adopted by the DOJ to thwart efforts by putative infringers of SEP patents to rely on antitrust arguments to avoid paying a certain level of royalties to patent owners (or pay anything for that matter). See below.

In Tangible IP news, we just completed the closing of 5 voluntary licenses with a patent portfolio pertaining to AR/VR technology and another closing of 4 voluntary licensing agreements with large technology companies regarding a wireless payments & transactions patent portfolio, both of which  we still have under brokerage. We will share details shortly and more announcements should come soon on other portfolios we are currently marketing for our clients.

Again, as I am focusing on the macro picture in this newsletter, I want to remind everyone that we track everything that is going on in this world and for those who need their daily dose of news, once again you can follow me on either LinkedIn or Twitter where I post regularly.

UK Fills the Vacuum for SEPs

A landmark decision by the UK Supreme Court a few weeks ago may have given a new life to owners of what we call “standard essential patents” or SEPs.

For those who are less familiar with this space, SEPs are simply patents that need to be licensed (or infringed if unlicensed) in order to be compliant with a given standard. Think of it as a toll on a highway; if you want to take that road, you’ll have to pay a fee to the owner(s). A standard is a broad concept and there are what we call de facto standards (think Windows for operating systems, Google for searches, etc.) and de jure standards, which is when manufacturers and technology companies agree to coalesce around a common approach which generally takes the form of a technical “specification” which they publish through a given “standards organization” (e.g. IEEE). In the process, they declare and agree to contribute their relevant IP in return for a promise to license it to whomever wants it under FRAND (“fair -not free-, reasonable and nondiscriminatory”) terms. For most of us mere mortals, this all happens in backrooms where a lot of horse trading takes place; for large companies, it is a full contact sport, played tirelessly, where the first place prize is having a standard adopt your technology. This is generally viewed as a sure sign of future revenues to come for the lucky few, either because they will be selling billions of standard-compliant devices, or because they will have the ability to license their patent portfolio to those who need to build these devices, and sometimes both.

I remember in the late ‘90s when Microsoft (my employer at the time) was pushing to create the UPnP (or “Universal Plug and Play) standard to the emerging IoT space, while its competitor, Intel, put its weight behind a competing standard called “Bluetooth”… I think we know who ultimately won that battle, but that is just one example to understand why large tech companies invest so much time, money and resources into having a seat at each of these standard body organizations, creating tech kings and clowns. Recently, the most important emerging standard is definitely 5G and a lot of the main IP contributors have already flexed their muscles to recoup what they believe is their due.

A decade ago, SEP patents were rightly considered to be the gold standard and by far the most valuable patents, which is fairly easy to comprehend if you have hundreds or thousands of companies practicing a given patent by virtue of adopting a given standard. You did not even have to prove that a given company infringed on your patent claims; all you had to do (and still today) is show that the standard itself required the patent to be practiced, ergo any standard compliant product would necessarily infringe. This was a time when royalties per infringing device were still very high and the multiplying effect of having millions to billions of infringing devices would make for very significant revenues for the patent owners.

Then, as part of a greater movement to devalue patent rights, there were some decisions by the US Federal Circuit that seriously curtailed the amount of damages one could claim when standard essential patents (SEP) were in play. It started in 2015 with a couple of cases applying the concepts of “apportionment” and of the “smallest sellable unit” to SEP cases and culminated in the Qualcomm case brought by the Federal Trade Commission (FTC) where California judge Lucy Koh issued a decision ruling against the US chip company on the ground of antitrust law. Other decisions further eroded the value of SEP patents and it became trite to say that they were worth less than patents that were not subject to say FRAND (or RAND) obligations, as there was in theory no limit one could charge to licensees outside the constraints of a standard.

Fast forward in 2019 and the UK Court of Appeal provided a shot in the arm to SEP patent owners when it ruled that that English courts can determine fair, reasonable and non-discriminatory (FRAND) terms for worldwide patent licenses, and even grant injunctions. The case was brought by US-based NPE Unwired Planet against Huawei (which was later joined in appeal with a similar case brought by Canadian NPE Conversant against Huawei and ZTE). All the patents involved have been declared essential to standards administered by the European Telecommunications Standards Institute (ETSI), which requires that they be licensed under FRAND terms. In each case, the patent owners and implementers had been unable to agree to licenses.

The international IP community was holding its breath pending appeal to the Supreme Court. Thus, when the highest UK tribunal confirmed the lower decision a few weeks ago, it unleashed a great deal of value captured in SEPs and, with the same stroke, established UK as the forum of choice for bringing a SEP infringement cases as the UK court will not only establish the basis for royalties, but is willing to issue extra territorial injunctions, at least for now.

“An injunction is likely to be a more effective remedy, since it does not merely add a small increment to the cost of products which infringe the UK patents, but prohibits infringement altogether. In the face of such an order, the infringer may have little option, if it wishes to remain in the market, but to accept the FRAND licence (…).”

This explains the sudden bonanza we are seeing around 5G patents which this decision has now made even more relevant in this geopolitical chess game.

In parallel to this, we have witnessed a real shift at the US Department of Justice (DOJ) level when the agency reversed its prior position and issued a joint statement (with NIST) clarifying the agencies’ joint position that, regardless of whether particular standard-essential patents (“SEPs”) are the subject of FRAND licensing commitments, whether injunctive relief is available to SEP owners is governed by the same principles that govern non-SEPs. “Our patent system is what has made the American economy the innovation capital of the world, and we should not misapply the antitrust laws to diminish the incentive to innovate,” then said Assistant Attorney General Delrahim. More recently, the Antitrust Division of the U.S. Department of Justice announced a positive Business Review Letter (BRL) concluding an eight-month review of Avanci’s new platform for licensing 5G standard essential patents and concluded it has potential to yield efficiencies by reducing transaction costs and streamlining licensing for connected vehicles.

This latest development is extremely encouraging as it shows that the US administration has finally caught up to what is going on elsewhere and has taken a clear stance in favor of patent owners instead of those raising antitrust arguments to refuse taking a license on patents they clearly practice. This will not only enhance the value of SEP patents, but we also believe it will have some spill over effect on patents in general and should help support higher valuations in the market.