Will a Biden Administration Impact the IP Marketplace? 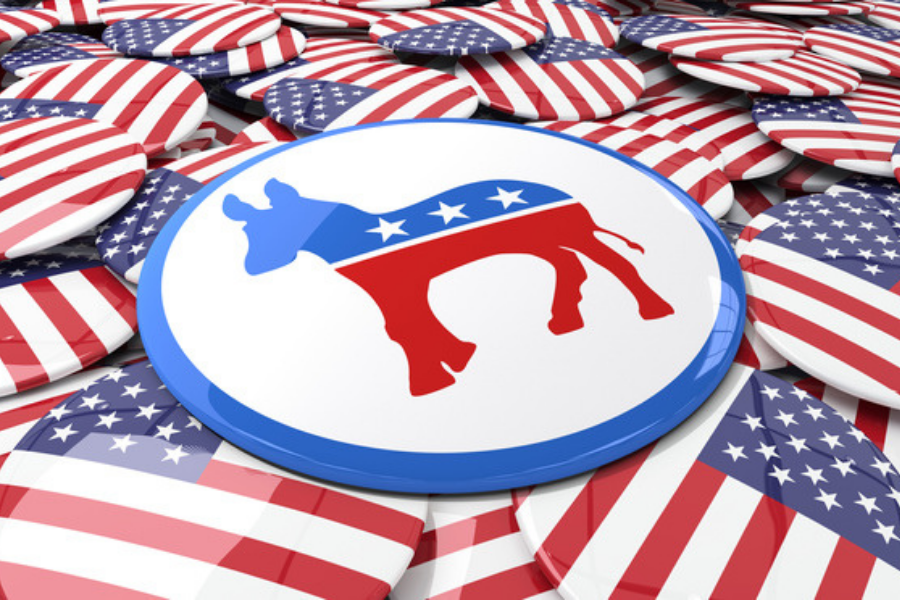 Well… What a week! At this stage, it appears to be a foregone conclusion that the next US administration will be led by Joe Biden and we can only hope this country will at long last start a collective healing process. It’s been long overdue.

As in any election, there are winners and losers, not simply at the individual level, but also in terms of policies and the underlying narratives influencing decision making. We will address below how we think a Biden administration will affect the fragile ecosystem that is the IP marketplace.

In Tangible IP news, we officially announced yesterday the closing of yet another transaction involving the successful sale of a 13-asset vehicle to vehicle patent portfolio. With this deal, we reached double digits transactions so far in 2020 and there are several more to come in the next few weeks, including the sale of a large set of patents in the 3GPP and WiMAX areas, which we will announce soon and which will also brings us over 4000 patent assets successfully brokered since our inception less than a decade ago. Finally, we have a handful of other portfolios in various stages of closing.

To pick up where we left off in the last column, we’ll update our list of the 5 main factors that drive the IP market, namely:

It begs the question, where does a change at the White House play into these?

If you look above, you might want to conclude that a new president should have NO impact on how patents are obtained, confirmed, litigated and, last but not least, valued. But the reality is much different. Presidents can have a direct and significant influence, even if the president himself has no specific views on whether to stay or change course, on how the ecosystem operates.

It is commonplace for many in the IP community to associate the Obama administration with the worst of times for patent owners. This is true, but only partially: although it is correct to state that US inventors were dealt a raw deal between 2012 and 2016, the previous four years under the Obama administration were actually the best and culminated with the Nortel and Motorola transactions where patent valuations reached a historic high in 2012. Then the bubble burst…

What happened next was a combination of factors that all converged in the same direction: the war on “patent trolls”, IPRs, the Supreme Court decisions in Bilski and Alice, which paved the way to death by a thousand judicial cuts…

First, the Leahy-Smith America Invents Act (AIA) was enacted and became effective on March 16, 2013 after a rather rare bipartisan support, especially by today’s standards (the House voted it 304-117 and the Senate approved it by a whopping 89-9 vote). Back then, all the arguments, that have now played out over time, both for and against the so-called patent reform, were already expressed by their respective proponents. But no one could accurately predict at that time that one non-core provision in the legislation, i.e. the creation of a board to “get rid rapidly and cheaply of the bad patents” as it was then touted, would lead to the creation of an activist PTAB where most patents would go to die, even the “good” ones. It definitely did not help that this period coincided with Google -which was part of a larger coalition to from Big tech to weaken patent rights-  sending its former patent chief Michelle Lee to be the next USPTO commissioner, and that Google’s former CEO -and since 2011 its Executive Chairman- Eric Schmidt was literally embedded in the Oval Office (for the record, Google and its affiliates had at least 427 meetings at the White House during President Obama’s tenure, according to data from the Campaign for Accountability and The Intercept.) So, any urge by the administration to curb unintended consequences of the AIA would have been quickly nipped in the proverbial bud.

It did not help either that during that period, those who could have pushed a counter narrative to the scarecrow tactics of the “patent troll”, i.e. well-funded NPEs, many of them publicly traded, remained largely on the side lines and flew under the radar instead of clearly making the case for their business model as a proxy to help inventors confront much bigger and better funded adversaries. They missed their opportunity to do so and then came a series of cases from both the Supreme Court (Alice and several others) and the Federal Circuit that put the last nails in the coffin.

When the Trump administration got underway in 2017, it actually took a while for anything to happen and patents were certainly not their first priority (are they ever?). Remember that it took almost a year for Michelle Lee to leave and for Director Andrei Iancu to finally replace her. Iancu, who had been on both ends of the patent assertion framework and proved you could be both passionate about strengthening patent rights without sounding doctrinaire, should take credit for almost singlehandedly reversing the prevailing narrative and giving inventors and patent owners back their lettres de noblesse. It seems today like a lifetime ago when the new USPTO commissioner was on every tribune, at every conference, traveling to wherever he was invited, preaching the gospel of a fairer patent system that does not look down on inventors. But his yeoman work was necessary and proved effective. His efforts were key in turning that wave and we can see today the culmination of his work in how the USPTO changed its guidelines to find a way to issue patents post-Alice and how it curbed the PTAB’s most egregious abuses, even if the current state of affairs is still far from perfect. Today, when I talk to patent litigators, the Alice concern is still front and center, but the fear of an IPR disrupting a case has been greatly reduced.

Whether this was coordinated from the top or not, the Trump administration also influenced the state of affairs by clearly messaging that large infringers could not hide behind antitrust laws to avoid paying their fair share of Standard Essential (SEP) patents. Here, the role of DOJ antitrust head, Makan Delrahim, the first IP attorney in this job, was as significant in his jurisdiction as Iancu was in his. The fact that it took two individuals of Romanian and Iranian descent respectively to breathe new lifeline into American inventors and innovators in general is quite a testament to what diversity can accomplish in this country. Meanwhile, Eric Schmidt has just applied to become a citizen of Cyprus…

On the legislative side, nothing of significance took place in the last 4 years if you look at all proposed patent bills (almost 10) that never became law. But the fact that the damage done by the AIA was not made worse through some additional legislation pushed by the tech sector is telling. On the contrary, the last 4 proposed bills all favored inventors and patent rights in general. The two individuals behind this are Democrat Senator Chris Coons (aka the “Biden whisperer”) from Delaware and his Republican counterpart Thom Tillis from North Carolina. Coons has just been reelected for 6 years and, barring any last-minute surge in North Carolina, Tillis is likely to be as well. On the Hill where most people cannot even spell “patent”, having the two main gatekeepers remain in place to be the voice of inventors should not be underestimated at a time where there might be a natural tendency for a Biden administration to be more receptive to the concerns of Big Tech, as the Obama administration was.

The real unknown at this stage is who will replace Director Iancu and how long it will take. Although each agency head is supposed to hand their resignation to their new boss, there is nothing forcing the latter to accept it. And the new administration will have a lot more pressing issues to deal with short term than to fix something that has been gradually improving under the current director. Thus, assuming Director Iancu can live a little longer on a civil servant salary -bless his heart- he may want to stay at a helm until someone is chosen who will not undo all he has done. We wish him well.

Conversely, a shift at the DOJ might be more sudden and we can expect that the new administration will slow down the current antitrust efforts again Google and potentially other members of the GAFA club. But we don’t see them reversing policy in the short term on SEP patents, as this would be suicidal at a time when Chinese companies own such a large portion of the 5G SEP portfolio, a strategic issue with broad geopolitical implications.

Therefore, we do not predict any short-term wave coming from D.C. or Alexandria that would significantly impact the current marketplace.